During 2020, many in the IEEE community have resorted to virtual platforms to conduct meetings, classes, workshops, seminars and even conferences. It is now recognised such tools have gained popularity and familiarity by almost everyone. In addition, a wide range of online resources are easily accessible such as the repository of resources from various IEEE organisational units (OU’s), for purposes such as raising awareness and understanding of technology, education, and training. However, nearly all the materials have used English as the de-facto medium and this has placed a barrier for many in some countries within Region 10.

2020 IEEE President, Professor Toshio Fukuda, and Professor Akinori Nishihara, IEEE R10 Director, have initiated a project to encourage R10 OU’s to make the resources available to the community with local languages. Japan Council had taken the lead to conduct webinars in Japanese, and transcribed Japanese/Chinese subtitles for the 2019 ICAR Keynote speech.

As a start, the committee has initiated YouTube Channels focused on separate languages, as below:

Photo by tribesh kayastha on Unsplash 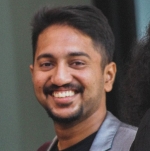