Life is short, and it seems shorter still when you’re in a traffic jam. Or sitting at a red light when there’s no cross traffic at all.

The principle behind the traffic light has hardly changed since the device was invented in 1912 and deployed in Salt Lake City, and two years later, in Cleveland. It works on a timer-based approach, which is why you sometimes find yourself sitting behind a red light at an intersection when there are no other cars in sight. The timing can be adjusted to match traffic patterns at different points in the commuting cycle, but that is about all the fine-tuning you can do, and it’s not much. As a result, a lot of people waste a lot of time. Every day.

Instead, imagine a number of cars approaching an intersection and communicating among themselves with V2V technology. Together they vote, as it were, and then elect one vehicle to serve as the leader for a certain period, during which it decides which direction is to be yielded the right-of-way—the equivalent of a green light—and which direction has the red light. 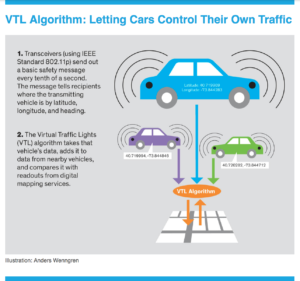 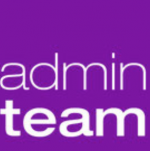